Here you can find information about the technology we use in Crayon Audio Devices.

The CFA-1 is an analog Transistor Amplifier with MOSFETs as the power transistors. The parameters are set digitally by I2C-Bus. This interface is switched off during normal operation (play back) so that the audio signal is not affected negatively. Transmission of data occurs to the control system (IC) during switching channel selection, volume control, etc. Such activities are literally disturbances, anyway. In this case, the level of disturbance due to digital signals is negligible. During play back there are no disturbing control signals. Further, the whole display is set to sleep-mode after a short time-out. 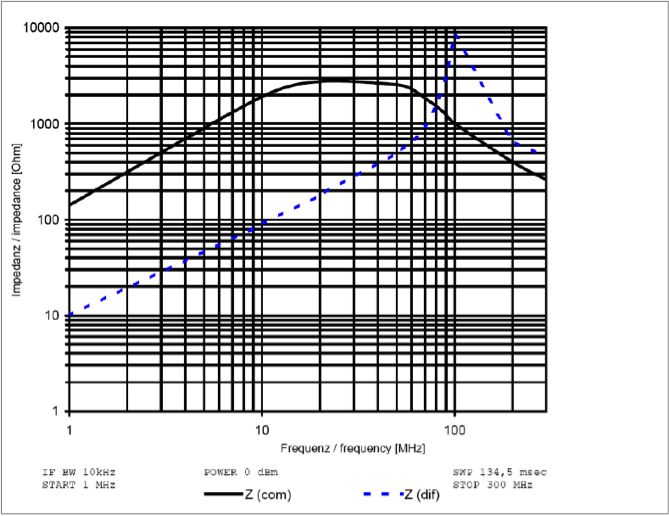 The circuit board is developed following innovative methods (MCC) having layer stacks with Prepreg thickness of 50μm and decoupling of power supply according to design rules of Dirks (Ref: Published in professional journal „Elektronik Praxis“, Title „die Leiterplatte 2010“). These measures ensure the least impedance of power planes (< 1Ohm up to 1GHz)

The output stages themselves are designed with puristic points of view. No stage with high-gain feedback exists for the back coupling of the signal (no all around feedback coupling). Of course, this causes distortion but primarily K2.

Amplification is evenly distributed along all stages, so closed loop gain is sufficient. The main challenge is harmonizing all transitions.

Nevertheless, the output stages are still thermally stable and result in tonal advantages.

Our ICs are converters between worlds of sound. Sound with warmth, precision and control.

C-Current feedback also has advantages in the clipping characteristics. Like in the vacuum tube circuits, this circuit topology has a gentle clipping behaviour. We call this „Smooth Clipping“ and results in an extremely pleasant sound

Small, short overdrives are hardly notiveable, since harsh sounds that are usually created due to recovery times of output transistors, which arent present here.

For operational amplifiers optimum (THD) lies around 1-2 volt output voltage. Increasing this voltage, distortion increases in the same amount as it decreases when lowering the voltage.

This does not apply to C-Current feedback. Microinformation is transmitted very accurately since distortion does not increase until output voltage falls below 0.05V.

Since sometime around 1994, the largest manufacturers of analog ICs like Analog Devices, Burr Brown, TI or Linear Technology produces Op-Amps with current feedback. Each company publicises their Op-Amps in different aspects. Burr Brown introduces their Op-Amps as „Operational Amplifiers against GHz”. Linear Technology boasts as „Stable with any load“and Analog Devices refers to this circuit topology as „Stable with high capacitive loads“. I am also aware of these advantages. I design and build such amplifiers since 1986. But now I deploy output transistors ad current amplifying elements. The Industry inserts an emitter follower as current amplifier and a buffer at the output and therefore requires a capacitor to limit the bandwidth of open-loop gain. They also have “all around” feedback. I don’t need these measures. Hence C-Current Feedback. The C is for Crayon.

A switch mode power suppply is used as the power source. The main advantages are the lower weight, the regulated voltage and a very favourable efficiency. Years of research with power amplifiers have brought the advantages of a regulated power supply to the light of the day. Our trials started with circuits with 50Hz transformers and linear regulators. The tonal qualities were easily recognaized. The result was more authenticity in tone. The next step was to do the tests with switching power supplies. With initial fears, we were aware of the reputation of such power supplies among the audiophiles, but yet we made a bold step of using this type of power supplies. The results were the same effects. Therefore we continued to use this type of power supplies in our amplifiers. The advantages are clearly understood by our ears.

There are no linear power regulators in this amplifier. We only use cross regulators for audiosignal-transmitting circuits.

Crossregulators stabilize power-supply for low-signal-units in DC frequencies up to 10MHz and guarantee consistent current distribution for all possible working conditions and minimal variations in signal-GNG-systems.

Liner regulators hold the voltage stable and have low output impedance up to a maximum of 20 KHz for very good regulators. Beyond this, the internal resistance of the regulator rises. In addition, the problem of Ground Bounce results due to the phenomenon of constant voltage. This means that the current varies according to the load and change of signal. This change of current results in the change of voltage at signal ground which in turn acts as interference to the passing analog signal. This effect especially the circuits with high gain (Phono). The advantage of our cross regulator is that the current is held at a constant level. Therefore it produces less interference at the signal ground. The tone is much more clear. Comparative tests have confirmed this result.

The phono amplifier consists of 3 stages. The input amplifies is a discrete pre- amplifier stage designed with low-noise NPN and PNP Transistors symmetrically. It has a gain of 31 dB in Moving Coil mode and 20 dB in Moving Magnet mode. The second stage is a passive RIAA Equalization Network with 0.1% Resistors and 2% SMD ECHU Plastic Film Capacitors from Panasonic. This passive network is matched against the output impedance of the first stage and the input impedance of the output and buffer stage. The deviation of amplitude is +/- 0.2dB from 25 Hz to 20 KHz. The third stage is designed around the integrated Operational Amplifier from TI. Die gain is 24dB und the upper cut-off frequency is 100 KHz. This pre-amplifies is not sensitive to the impedance of the pick-up connected to it.

Capacitors in the feedback between the first and the third stage serve as subsonic filter. The lower cut-off frequency in MC-Mode is approx. 12 Hz and in MM-Mode approx. 6 Hz. The maximum input voltage is 37 mV RMS @ 1 KHz for MM and 13 mV RMS for MC as the phono stage of this application has to be content with 24V supply.

The gain of the phono amplifier can be adjusted to a maximum of 20 dB in steps of 2dB (see User Manual). This is indeed sufficient even for MC Pick-ups with a very low output voltage.

The CIA-1 (T) only offers switching between MM and MC.

The CFA-1´s and CIA-1´s foil cables and highly capacitive speaker-cables have been tested extensively. This happened on assignment for the soundgallery in Monaco. We built two multilayer foil cables with a capactity of 57nF. The output stages worked stable. We wanted to go further and connected a 100nF each to the speakers. Still, our CFA worked perfectly fine. As a grand finale, we switched the 100nF capacitors to 1µF MKP capacitors. The CFA still worked perfectly stable. It heated up a little, the sound still stayed clear and clean, against all odds. We let this device run the whole night, with music playing from a connected computer. This very device still works without a flaw, every day at our Crayon Audio office. This is a perfect example of the stress and load a Current Feedback System can take.

Page load link
We use cookies on our website to give you the most relevant experience by remembering your preferences and repeat visits. By clicking “Accept All”, you consent to the use of ALL the cookies. However, you may visit "Cookie Settings" to provide a controlled consent.
Cookie EinstellungenAlle Akzeptieren
Manage consent

This website uses cookies to improve your experience while you navigate through the website. Out of these, the cookies that are categorized as necessary are stored on your browser as they are essential for the working of basic functionalities of the website. We also use third-party cookies that help us analyze and understand how you use this website. These cookies will be stored in your browser only with your consent. You also have the option to opt-out of these cookies. But opting out of some of these cookies may affect your browsing experience.
Necessary immer aktiv
Necessary cookies are absolutely essential for the website to function properly. These cookies ensure basic functionalities and security features of the website, anonymously.
Functional
Functional cookies help to perform certain functionalities like sharing the content of the website on social media platforms, collect feedbacks, and other third-party features.
Performance
Performance cookies are used to understand and analyze the key performance indexes of the website which helps in delivering a better user experience for the visitors.
Analytics
Analytical cookies are used to understand how visitors interact with the website. These cookies help provide information on metrics the number of visitors, bounce rate, traffic source, etc.
Advertisement
Advertisement cookies are used to provide visitors with relevant ads and marketing campaigns. These cookies track visitors across websites and collect information to provide customized ads.
Others
Other uncategorized cookies are those that are being analyzed and have not been classified into a category as yet.
SPEICHERN & AKZEPTIEREN
Unterstützt von